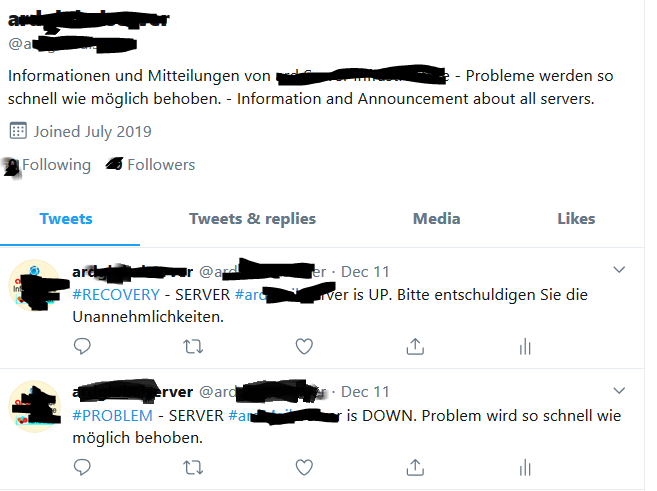 My existing Icinga2 monitoring instance has been extended by another notification option via the social network "Twitter". Notifications about my servers and services are now also published via Twitter.

This newly created Twitter account is also used for information about maintenance work on servers or services, as well as for other types of messages.

back to top
We use cookies on our website. They are essential for the operation of the site
Ok